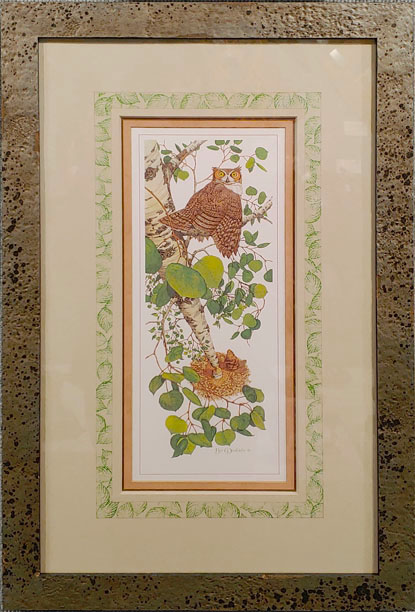 "It was ten o' clock at night and still light. My husband Jay and I were sitting quietly beside a campfire at the edge of a small lake in a remote area of northern Canada. It was July and the northern latitude gave us light until eleven p.m. The brush pilot who had flown us there in a small plane had long since left. We were the only people camped around that small, isolated lake, the only people in the whole valley. You can imagine our surprise at hearing what sounded like a large rock being thrown into the lake. Closer scrutiny revealed that a large beaver slapped his tail on the surface of the lake was the "rock thrower." He was telling us that he was alarmed and displeased at our having camped so close to his home. The next day, we found his stick and mud lodge along the shore line. On subsequent evenings we would crouch behind the lodge and take photographs as the beaver family emerged to gather twigs from a nearby stand of aspen. Our chance encounter with the beavers led me to wonder about other accidental meetings. I let my sense of fun and whimsy be my guide and "Whoo!?" is the result."--Bev Doolittle

Only One in Stock at this Price